MATTHEW SKOLLER is one of Chicago’s most respected harmonica players and Blues bandleaders. For the past 36 years he has played all of Chicago’s heaviest showcase venues and toured much of the world with his super tight ensembles. Deeply rooted in the tradition of the Chicago blues elders with whom he worked and studied, Skoller has developed a unique style that conjures the past while being firmly planted in the present. His songs explore many of the issues and realities of life during this age of technology, information and horrific upheaval. Skoller, known for his fiery and engaging performances, combines passionate harp playing and singing with original song writing and prodigious production skills. He has self-produced 5 of his own critically acclaimed cds. As a producer he has produced 2 award-winning CDs by Lurrie Bell: Let’s Talk About Love and The Devil Ain’t Got No Music. Skoller penned the title cut of the latter which was nominated for Song of the Year by the Blues Awards in the US. The same album was awarded the Prix Blues by L’Academie du Jazz in Paris, France in 2012. Between 2009 and 2016 Matthew played on four Grammy nominated CDs: Chicago Blues: A Living History and Still I Rise, by Heritage Blues Orchestra, Muddy Waters 100 (Raisin’Music) and Lurrie Bell’s Can’t Shake This Feeling (Delmark 2016)

Matthew collaborated with his brother Larry Skoller (producer) on the Grammy nominated, historical project, Chicago Blues A living History and co-produced and played on volume two The (R)evolution Continues which won Traditional Album of the Year at the Blues Awards in 2012. He lent his production experience, deep knowledge of Chicago Blues history, and his harmonica to this project that is now being hailed by critics as one of the greatest Chicago Blues events of our time.

In 2016 Matthew released his Blues Immigrant CD the title cut of which was nominated for Blues Song of the Year by The Blues Awards.

Matthew has played in Mali, Mauritania, Tunisia, Camaroon, asked to be a featured guest with Lurrie Bell at The Japan Blues Festival in Aomori Japan in 2012, only to be asked back in 2013 to headline the same festival with his own group! Matthew has been invited to perform twice at the Residence of the U.S. Ambassador to France in Paris. As well as playing the world renown Montreux Jazz Festival in 2012 and many other festivals throughout Europe and the US.

2013 Matthew was asked by the Department of Cultural Affairs and Special Events to produce, organize and perform for the grand finale of the Chicago Blues Festival. Skoller’s theme was Old School, New Millennium. His mentor James Cotton headlined this star-studded event which was acclaimed as one of the best all-star events in recent Chicago Blues Festival history.

When not on tour Matthew and his group can be seen live in Chicago at many venues including Buddy Guys Legends who has been employing Matthew since their club opened in 1989. 33 years and counting! Matthew has emerged as one of Chicago’s most accomplished blues-based artists.

In 2018 Matthew was hired as the Program Director for the Logan Center Bluesfest by the University of Chicago. He continues to curate Blues programming for The Logan Center for the Arts.

Besides having played on and produced two award winning Lurrie Bell albums in 2007 (Let’s Talk About Love) and 2012 (The Devil Ain’t Got No Music), in 2013 Matthew was the featured harp player on Lurrie Bell’s latest release on Delmark Records for the CD Blues In My Soul. And in 2016 Matthew was again featured on another Lurrie Bell CD, the Grammy nominated Can’t Shake This Feeling.

Skoller’s harmonica is featured on 11 songs on the CD, Knocking At Your Door, from guitarist John Primer. He’s also played on albums by Bernard Allison, Larry Garner, Big Daddy Kinsey, Deitra Farr, Big Time Sarah, Michael Coleman, Harvey Mandel, among others and has recorded a number of television jingles as well as music for August Wilson’s Tony Award winning play 7 Guitars for the original Broadway production and for the subsequent 2006 Signature Theater production.

The Matthew Skoller Band is a highly skilled, highly professional organization with extensive regional touring experience, gigs at prestigious national venues, and national and international festival appearances. For the last 35 years,  Matthew Skoller performed regularly at Buddy Guy’s Legends, perhaps the world’s best-known blues club. This helped him build a large and enthusiastic following throughout Chicago, the Midwest and the world. Skoller and crew had an 8-year run every Sunday at the House of Blues in Chicago Other highlights have been performances at The 2012 Montreux Jazz Festival, The Japan Blues Festival in 2012 and 2013, African tour of Mali, Mauritania, Tunisia and Cameroon. the 2004 Lucerne Blues Festival. The Mawazine World Music Festival in Rabat Morocco in 2006 and again in 2008. Matthew also has performed at numerous festivals and club gigs in England, Italy, Norway, Belgium, Spain, Switzerland, Greece, Chile, Holland, France, Normandy, Germany, Finland, Israel, China, Estonia Austria and Lebanon. 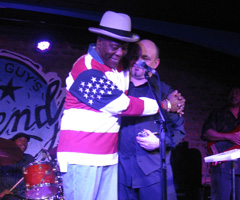 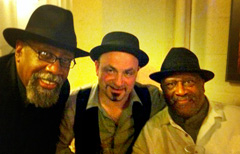 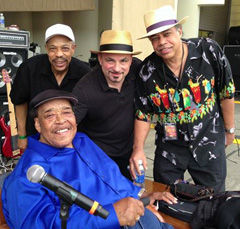 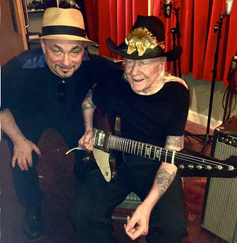 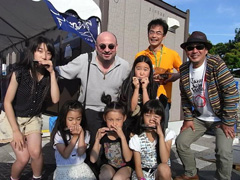 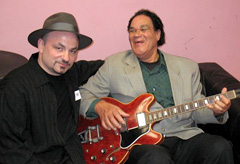 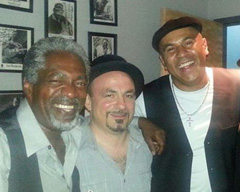 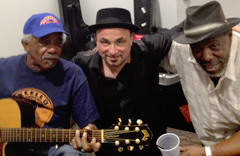