Bill Sims And Matthew Skoller met 14 years ago at the Public Theatre in NYC. They both were friends and collaborators with actor, playwright and director Ruben Santiago Hudson who brought them together to celebrate the opening of his award winning play Lackawanna Blues. Since then they have played and recorded together in many incarnations, from Chicago to Mali, Africa. 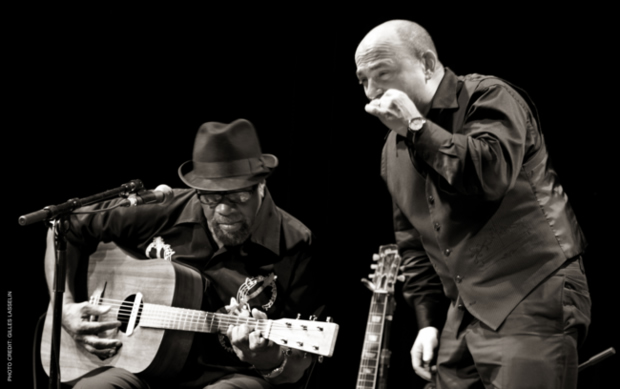 This dynamic duo plays deep Delta Blues in the grand tradition of acoustic harmonica and guitar duo’s, boogie woogie based harmonica and piano duets, to electric guitar and harp stomps vis a vis Chicago’s Maxwell st. urban blues tradition. Playing their original compositions and tributing the great blues classics that inspired them to play in this tradition, Bill and Matthew take you on a blues journey that is powerful, subtile, dynamic and always true to the Blues.

BILL SIMS Born into and raised by a sharecropping family in rural Georgia, vocalist and multi-instrumentalist Bill Sims Jr. is an internationally respected master of the blues. He began playing piano at age four and by fourteen he was playing professionally in a rhythm and blues group. Mr. Sims, in 2013, was awarded a Grammy nomination for his critically acclaimed album And Still I Rise with his group Heritage Blues Orchestra. Mr. Sims, a Warner Brothers recording artist and an Obie Award winner, is also an accomplished musical director and has lent his talents to many theater and film productions in New York and elsewhere in the United States. His film credits include Lackawanna Blues, Miss Ruby’s House, American Gangster, and the recent Cadillac Records. He was also the subject of a critically acclaimed PBS documentary, An American Love Story, in 1999. Mr Sims currently lives in NYC where he mentors a new generation of blues and roots musicians.

MATTHEW SKOLLER is one of Chicago’s most respected harp blowers and blues bandleaders. For the past 27 years he has played all of Chicago’s heaviest showcase venues and toured much of the world with his super tight ensembles. Deeply rooted in the tradition of the Chicago blues elders with whom he worked and studied, Skoller has developed a unique style that conjures the past while being firmly planted in the present. His blues wardrobe clothes a range of original songs whose subject matter comments on many of the issues and realities of life during this age of technology, information and upheaval. Skoller, known for his fiery and engaging performances, combines passionate harp playing and singing with original song writing and prodigious production skills. He has self produced 4 of his own critically acclaimed cds. As a producer he has produced 2 award winning cds by Lurrie Bell: Let’s Talk About Love and The Devil Ain’t Got No Music. Skoller penned the title cut of the latter which was nominated for song of the year by the Blues Awards in the US. The same album was awarded the Prix Blues by L’Academie du Jazz in Paris, France in 2012. Matthew has played harmonica on two Grammy nominated cd’s in the last 4 years: Chicago Blues: A Living History and Still I Rise, by Heritage Blues Orchestra. See full bio. 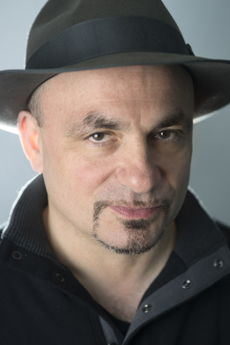